These are the proposals submitted for the the 5th ISF General Congress to be held on Zoom. Email ISF President Ararat Gulian for link.

In the first part, ISF President Ararat Gulian will make a report on the results of the year of the ISF Federation.

In the second part, EUSF President Paco Podunajec will make a report on the results of the year of the EUSF Federation.

It is proposed to officially register the ISF in Brussels. To do this, we will need to prepare the documents of the organization, approving a new Constitution that will comply with international standards.

It is proposed to create a Constitutional Reform Council headed by Paco Podunajec, which may include one representative from each ISF member country. The Council will have to prepare a version of the new ISF constitution in due time and present it at the ISF Extraordinary Conference. The ISF Presidium must adopt the new ISF Charter by voting.

3. Election of the ISF President and Federation officials

It is necessary to set dates for voting. EUSF proposes to hold a ISF Electoral Congress within the framework of the Absolute European Streetlifting Championship on February 25-26 in Amsterdam, the Netherlands. All ISF official representative of the countries are invited
And also adopt the following rules:
One representative from each ISF member country has 1 vote in the upcoming elections;
Each country in which there is an official representative of the ISF has the right to nominate its candidates to participate in the elections for the following positions: President, Secretary General, Chairman of the ISF Referee Committee, Chairman of the ISF Control and Audit Committee

The Membership Fee Structure for 2023 will be as follows:

6. Introduction of a new discipline to the rules

Context:
It is necessary to obtain the consent of the colleagues, their plan for holding (venue, approximate cost estimates, program of events, еhe composition of officials who will organize the competitions, including the composition of judges and secretaries) 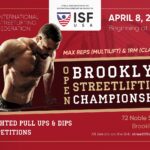 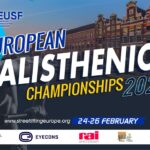 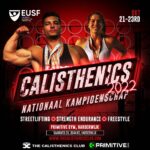 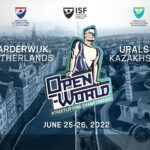